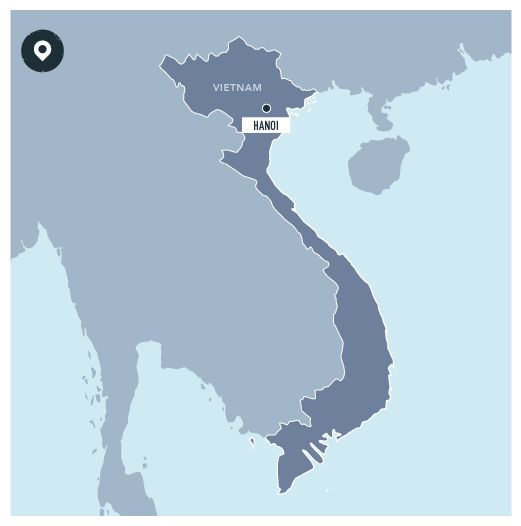 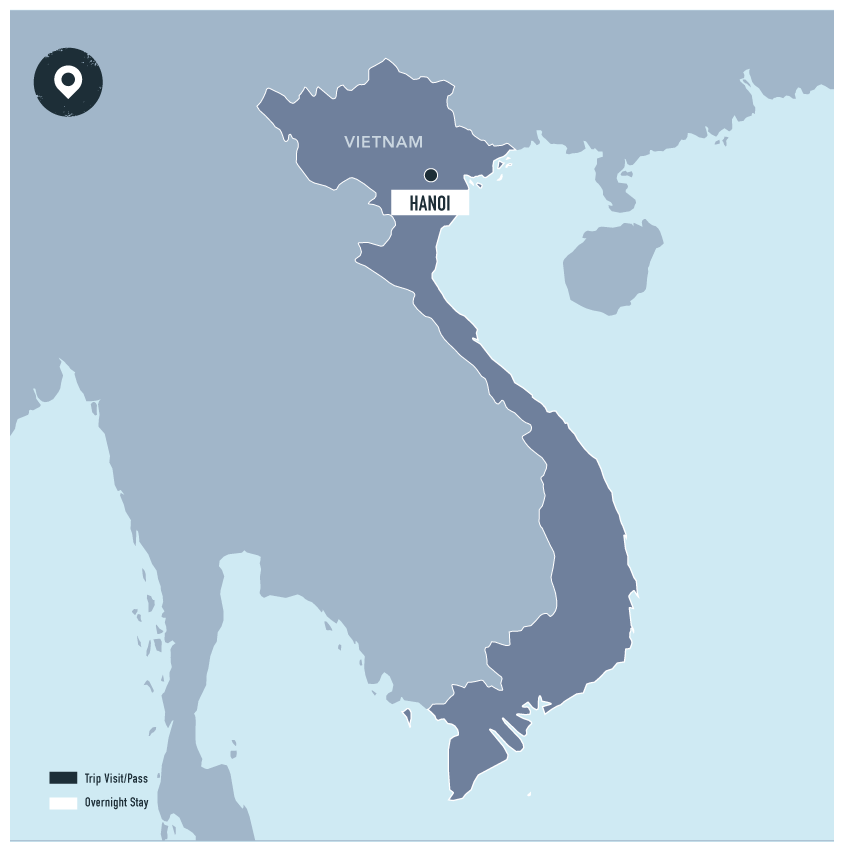 Sightseeing in Hanoi (9 hours) Begin your day visiting the Hanoi Hilton (Hoa Lo Prison) which was a prison used by the French colonists in Vietnam for political prisoners, and later by North Vietnam for prisoners of war during the Vietnam War when it was sarcastically known to American prisoners of war as the "Hanoi Hilton". Continue to explore the exhibitions of Vietnam Military History Museum (closed on Monday and Friday) presenting the Vietnamese military history from the first period of founding the country to the Ho Chi Minh era. The museum contains a remarkable collection of war relics and photographs from Vietnam's long struggles for freedom. Learn about guerrilla and communist troops and the history of the present Vietnam People's Army. In the afternoon, visit Ho Chi Minh Memorial Complex where the Vietnamese people honor the country Great Father. Visit the Ho Chi Minh Mausoleum (outside only) which contains the embalmed body of Ho Chi Minh; and Ho Chi Minh's Stilt House where Ho Chi Minh lived from 1958 until his final days in 1969. Preserved in the same condition as, during his life, it may be viewed through the windows. Following by the miniature 11th century One Pillar Pagoda which was rebuilt after being destroyed by the French in 1954. In the late afternoon, visit Hoan Kiem Lake which contains an islet with the tiny Tortoise Pagoda and enjoys the coffee at a small local coffee shop.

SPECIAL NOTES
•
Minimum of two participants is required.
•
Additional nights are on a per-room basis and includes a full American breakfast for up to two persons.
•
Unless specified otherwise, all transfers and sightseeing tours are based on a seat-in-coach or shared coach basis with entrance fees.
•

Daily Breakfast at hotel, one lunch at local restaurant

Round trip airport-hotel transfers in Hanoi