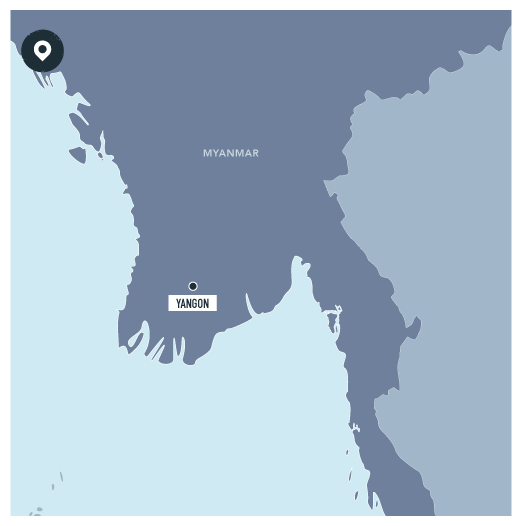 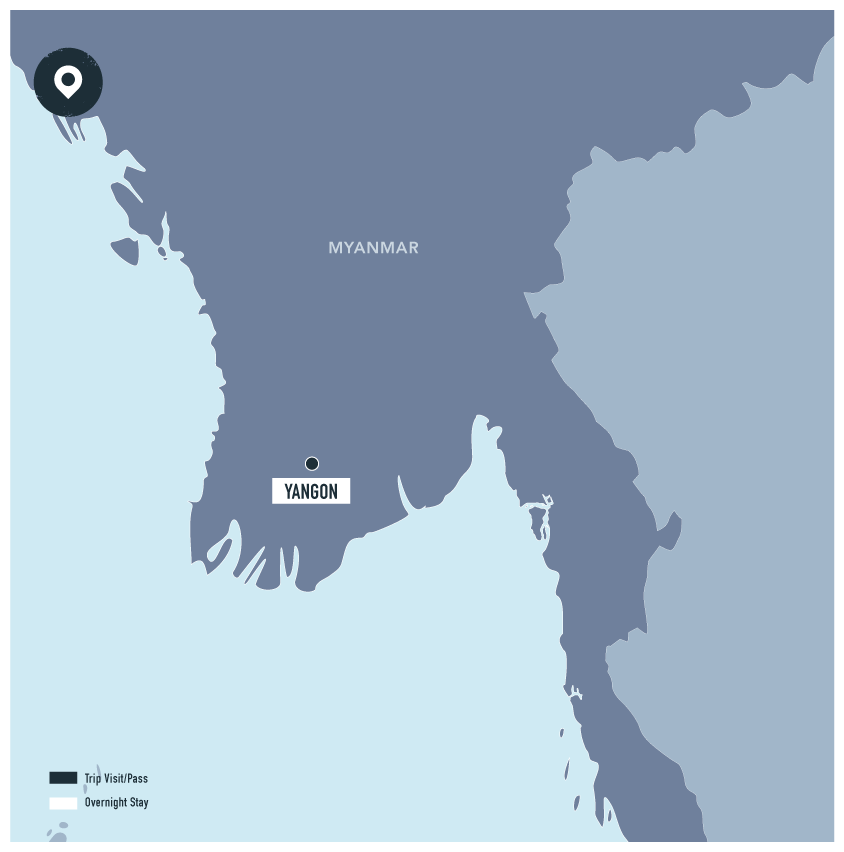 Yangon lies in the fertile delta of southern Myanmar, on the wide Yangon River. The city is filled with tree-shaded boulevards, while shimmering stupas float above the treetops. The city became the capital only in 1885 when the British completed the conquest of Upper Myanmar and Mandalay's brief period as capital of the last Burmese kingdom ended. Start the day in the heart of Yangon which features an interesting selection of monuments and colonial buildings. Among others, you will see the Independent Monument, the High Court, the City Hall, and the Sule Pagoda. Afterward, visit the National Museum (closed on Mondays and Public Holidays) to gain an insight into Myanmar. See the eight-meter high Sihasana Lion Throne, used by the last Burmese king, and other fascinating artifacts from Burmese history and culture. Enjoy a break at Bogyoke (Scott) Market, a pleasant covered market containing crafts from all corners of Myanmar, gems, fabrics and more. (The market is closed on Mondays and public holidays). In the afternoon, visit some of the more well-known pagodas, including Botataung Pagoda, named after the 1000 military leaders who escorted relics of the Buddha from India over 2000 years ago. Visit Chaukhtatgyi Pagoda, a reclining Buddha that is almost as large as the enormous figure of Shwethalyaung Buddha in Bago. It's housed in a large metal-roofed shed on Shwegondaing Lan, only a short distance north-east beyond the Shwedagon Paya. Finally, continue to the Shwedagon Pagoda, the highlight of any visit to Yangon. Towering over the city, this pagoda is the most sacred spot in the country, built to house eight hair relics of the Buddha. The Shwedagon and surrounding shrines are at their most beautiful during the sunset hour, as the golden stupa reflects the changing colors of twilight.

Full day at leisure. You may go shopping or explore the city at your own pace.

Check out hotel and transfer to the airport.

SPECIAL NOTES
•
Minimum of two participants is required
•
Additional nights are on a per-room basis and includes a full American breakfast for up to two persons.
•
Unless specified otherwise, all transfers and sightseeing tours are based on a seat-in-coach or shared coach basis with entrance fees
•

Round trip airport-hotel transfers in Yangon

One full-day sightseeing tour and one free day